You are here: Home / Parenting Blog at KidsAintCheap / Coupons / Extreme Couponing ~ How do These People Do It 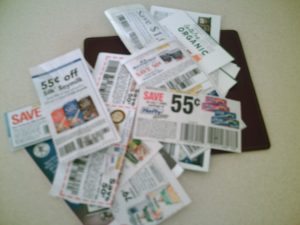 Have any of you seen the show Extreme Couponing on TLC? I’ll go ahead and admit that my husband and I are not great at using coupons, we aren’t even really good at it. We try to use them occasionally — but we either forget to use them, or we end up spending more than we wanted to, because we end up buying things we probably wouldn’t have purchased. It just never seems like there are ever coupons for the things we actually do use.

This is why, when I watched Extreme Couponing I couldn’t believe what I was seeing. How on Earth do these people rack up a $300, $400, $500 or even $1000+ grocery bill and get away with spending $40 or less? In some cases they even get money back! It is crazy!!! Not only that — but they shop in some of the more expensive grocery stores that we try to avoid — especially when we are doing our weekly grocery shopping.

The drawbacks of extreme couponing

As far as I can tell, there is a lot of research that goes into extreme couponing. The people who are master couponers — have to know what the coupon policies are for each store, they need to know what is on sale, what coupons can be double and those that cannot. Also, extreme couponers have to be very organized and most put in as many hours (or more) as you would at a full-time job! This is not an activity that you can do, and do in an extreme way, unless you are very dedicated and super organized. I think it also becomes a sort of game and in some cases an obsession.

In doing some research, I was disappointed to learn that one of the extreme couponers featured, has allegedly committed coupon fraud and apparently did so on the TLC show. I won’t go into all the details – because there are a lot of them – but if you want to read about it, visit Jill Cataldo’s blog.

Another thing I noticed – is that when they show the homes of most of these couponing people – they have their own little mini-mart set up. They just have so much stuff and it’s everywhere. My husband would seriously freak out if we had that much clutter around our house — but I get it, they are saving boat loads of money so it makes sense to buy 70 bottles of mustard at one time…right?

I’m not saying there is anything wrong with extreme couponing. I think it’s great! If people can do this (if they do so without committing coupon fraud, which I think is how most people do it), I think they are very smart and dedicated individuals.

It would sure be nice if there was a show teaching people how to properly and effectively use coupons, instead of a show where we just stare at the screen – eyes wide is disbelieve – as these super couponers work their magic. It probably wouldn’t be as entertaining though.

Since I’m not great at coupons, I don’t have any fantastic advice on the subject. Do you?

How do you use coupons most effectively? Do you buy a bunch of Sunday papers to get coupons? Do you spend hours searching for deals on line?