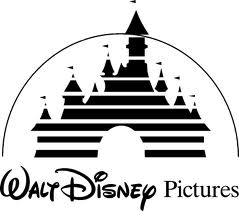 The other day I was on Facebook – which truth be told – is a common occurrence for me. While there, I was reading through all of the things my friends and family — felt compelled to share with their friends and family on that particular day. Suddenly, I stumbled upon a link to an article that my super cool cousin posted. The first thing I noticed, was a picture of a beautiful Disney princess smiling at me; I immediately recognized that it was Cinderella. The title of the article was “Disney Will Stop Making Princess Movies Because Boys Think They’re Icky.” (If you want to read the article, just click on the title I’m referring to.)

My first thought was, “That is just silly talk! Disney wouldn’t stop making princess movies. Obviously, someone is just trying to use a shocking title to draw people into their story.” That’s when I noticed my cousin’s comments to the article; “This article is disturbing on a few levels…” Well — now I had to read it!

So, it seems as though Disney executives think that no one is really interested in princess movies anymore — not boys and not even girls. Apparently, they are under the impression that 5 and 6 year old girls no longer wish to be princesses; instead they just want to look “hot.” If that is true – and I pray that it is not – then that is very alarming and clearly something needs to change. Please don’t misunderstand me. I don’t think every little girl needs to spend her time watching princess movies or pretending to be a princess; but I really don’t think they need to concern themselves with being hot or cool at that age either.

Disney’s princess movies are just good, wholesome entertainment. Of course, some critics will argue that they send a message to girls, that they have to wait around for a prince to come and rescue them. First of all, I honestly don’t think that’s the case for most girls who watch them. As a former princess wanna be – and daughter of a strong and independent single mother – I never thought I needed to wait around for anyone to save me because that’s not what I was raised to believe. Secondly, I think the princess movies showcase good morals and values; something that is sadly lacking in our society — and perhaps one of the reasons girls want to be “hot” rather than proper young ladies.

The other thing that I found disturbing in that blog post, is how some of the blame is placed on boys. Disney executives think that they can no longer make the movies – which they have been making for decades – because apparently boys all of a sudden just decided that they are “icky?”

You know what I think? I would bet that boys found princess movies just as icky – if not more – when Disney released the first princess movies. Also, boys are sent a message that if they like princess movies – and honestly referring to them as princess movies doesn’t help, but what can you do – then there is something wrong with them. I have let my boys watch Cinderella, and they like it. When I mentioned it to another mom in casual conversation – a mom of two girls – she looked at me like I was insane for letting them watch it; then she preceded followed her look with, “Really? That’s weird.” I was shocked and speechless (anyone who knows me, knows this is a rarity). Of course, once I got in the car I thought of plenty of things to say but it was too late — and I haven’t run into her since.

Yes, I know the princess stories need an update. I think that’s what Disney is doing with the new movie “Tangled,” which is a revamped version of the Rapunzel story. This movie looks like it may just capture some of the magic that Dreamworks and the Disney Pixar movies have been able to tap into in recent years. Both have released movies that have become wildly popular because; the animation is amazing, many of them appeal to both genders, and they include something for people of all ages.

I don’t think Disney needs to put out a princess movie every year, but at least every 5-10 years would be nice. Maybe I’m just old fashioned — or maybe in this fast-paced world we live in, being a little old fashion isn’t such a bad thing. I think it can keep us grounded and remind us about what is really important in life.

What do you think? Should Disney bid the princesses a fond farewell? Do you think they can amp up the action – like they have done in “Tangled” – to appeal to wider audiences?

I, for one, am looking forward to seeing “Tangled” with my boys — and when I do, I’ll let you know what we thought about it!

What do you think? Should Disney move away from princess movies or are we sending the wrong messages to our kids?