You are here: Home / Parenting Blog at KidsAintCheap / Money and Finances / Why Our Child Decided to Take a Gap Year 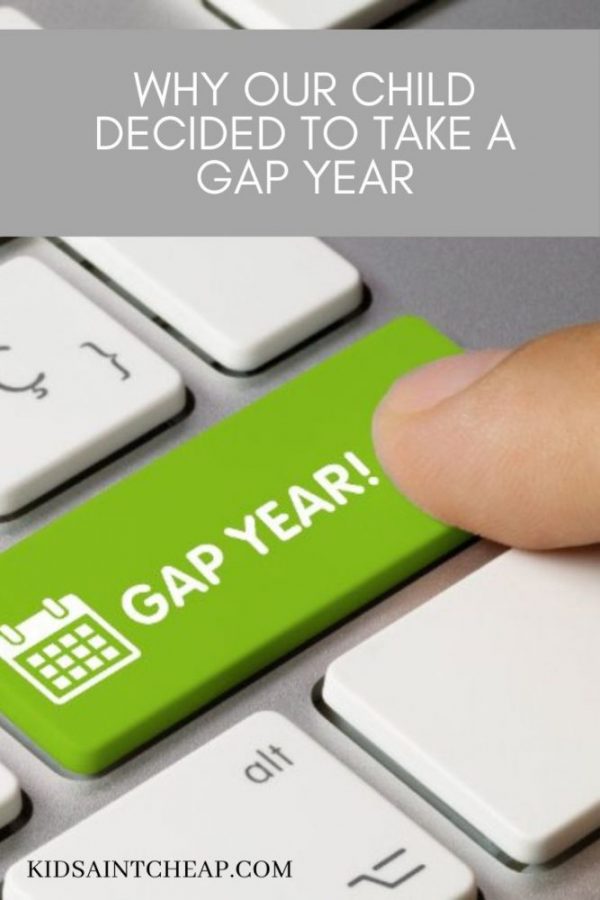 Our 18-year-old son graduated from high school this year. As most seniors do, he applied to several colleges in our area last fall. He got into all of them and received substantial scholarships to two of the colleges. He planned to start college this upcoming fall. And then his life was upended, which is why our child decided to take a gap year.

What Is a Gap Year?

For those who don’t know, a gap year is when graduating high school students take a year off before they begin college. They use that time in various ways, such as working to raise money for college, volunteering in the field they want to pursue, or traveling.

Why Our Child Decided to Take a Gap Year

In May, my husband got a new job 2,200 miles from our current location. Our son had always wanted to go to college nearby to live with us and save money. However, because we were moving in July, he no longer wanted to go to the colleges where he had received scholarships. He had to start his college search over again.

Unfortunately, the college scholarships that were plentiful in October had all but dried up by July.

He found colleges to apply to in our new location that accepted applicants on a rolling basis. He did get a few scholarships, but not nearly as many as he would have gotten had he applied to those schools in the fall.

To make matters worse, he would have had to pay out-of-state tuition because we hadn’t lived in the new state for 12 months before he wanted to start college. So, after careful consideration, he decided to take a gap year.

How He Plans to Use His Gap Year 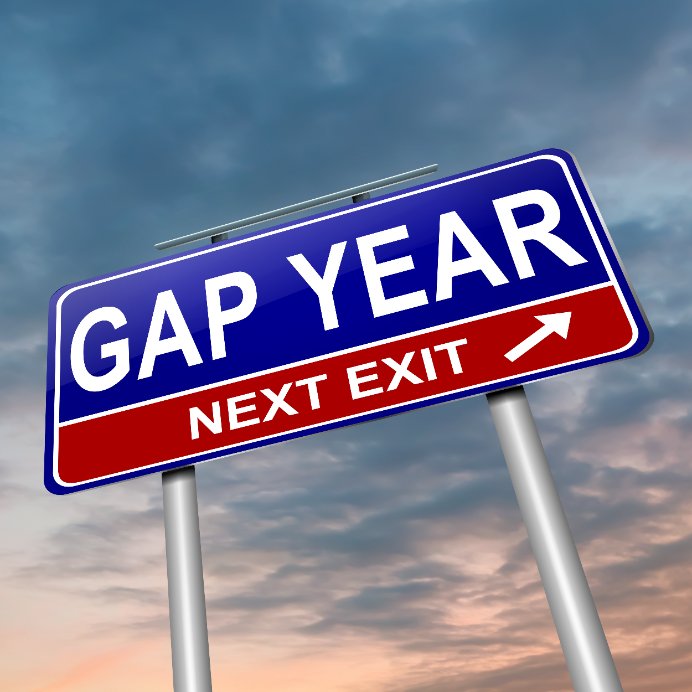 Even though he never considered taking a gap year, he’s warmed up to the idea. He’s made a long list of activities he plans to do for his gap year.

Our son has always been interested in volunteering. During high school, he volunteered more than 100 hours. He hopes to volunteer at a local cat shelter and the public library during his gap year.

In addition, he plans to work part-time and save money for college.

In the fall, he will reapply to the colleges he applied to in July. Since he’s applying at the typical time students do, he’s hoping he’ll be eligible for more significant scholarships.

My husband and I understand why a gap year is the better choice given that we’ve recently moved to our new location and colleges in the area would be pricey. We are slightly concerned that he may decide not to go to college after this. However, our son was always the youngest in his class because he has a summer birthday, so taking a gap year may be the perfect way to give him more time to mature and qualify for larger scholarships.

Should Your Child Go to College This Year?

3 Mistakes We Made in the College Process